Welcome to another Pillars II update! We're continuing towards our 4.75M stretch goal, but we need your help to get the word out. Let's get to those sea monsters and fishing!

We are still gathering funds via Fig's Slacker Backer and our Backer Portal. Here are our current numbers:

Our total earnings from Slacker Backers are about $161,800 and our overall campaign total is ~$4.57M. There are 35 days until we stop taking Slacker Backers, and every pledge counts. Tell your friends and share our Fig page to help us get to 4.75M!

Expect another update in the next 2-3 days with instructions for changing your pledge and redeeming your Tyranny coupons. We are very close to having everything transferred over from Fig to the Backer Portal, and are conducting final tests to make sure everything is working correctly. Thank you for your patience!

Another Fig campaign only has two days remaining, and they're at 99% of their goal! Development studio Ironward, creators of the successfully crowdfunded Red Solstice, are back with a twin-stick shooter called Solstice Chronicles: MIA. Battle for survival against waves of Martian mutants while using the skills of your drone companion to alter the threats you face.

State of the Project - Pre-Alpha

We recently began a new production milestone. With new milestones comes new areas, narrative, creatures, and much more! Without giving away critical story points or areas of our game, here is a high level overview of what some of our departments are working on:

We began several new areas that are critical to the storyline of Pillars II, and they are coming along nicely so far. Quests, blockouts, and dialogues for areas are being developed and reviewed before being passed to the environment artists to make the area. As an example, here is a section of an area that was approved for environment art to start work on: 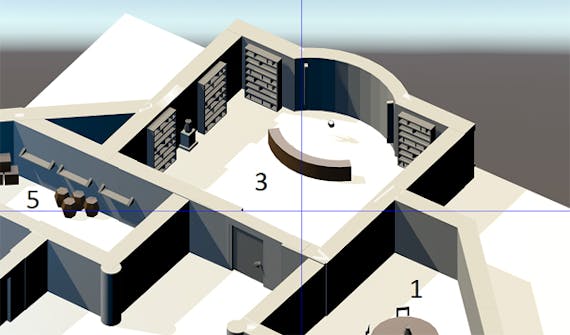 Our environment artists are hard at work completing first and second art passes of areas in Pillars II. A lot of these are areas that are critical to the storyline, so they put a lot of hard work into getting these sections to look perfect. From that blockout you saw above, the artist does a first pass, transforming the area into a playable level with no lighting or VFX. After receiving feedback from our lead artists, the environment artist does a final pass, lighting, and passes it to VFX. Here are first and final passes of that blockout from above: 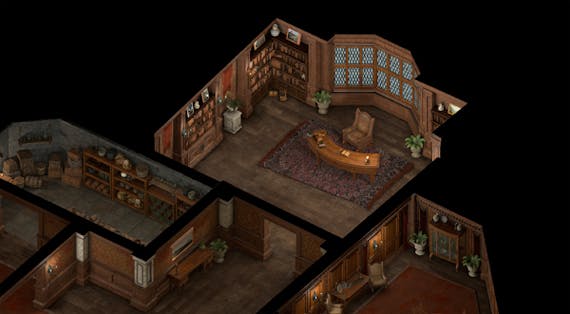 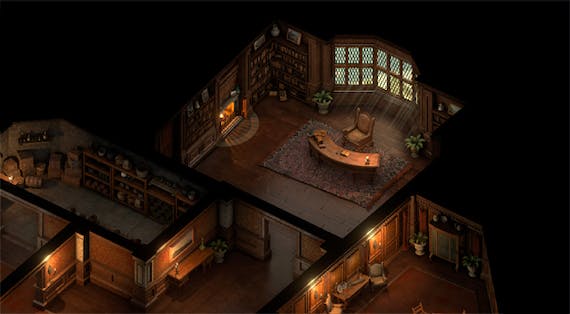 We will be posting an area update in the near future. In that update, we'll go into detail about how the area designers and environment artists work together to make the levels of Pillars II.

The systems designers are working on finishing the design and implementing the abilities of a few creatures in Pillars II. These designs include a creature's weaknesses and strengths, what abilities they possess, and how the creature should behave. In addition to creatures, design is continuing to make improvements to the subclass and multiclassing systems.

Our animators are hard at work creating new and unique animations for creatures. Some of our animals now have attack animations and fidgets, including wolves and boars. In addition to animal animations, weapon animations are well underway. We'll post an update in the near future with more about the animation process; there are so many cool animations we want to share that we think it deserves its own post.

The character artists have been working on base armor sets for both male and female characters, which are looking great. As an example, here are three variants of the Brigandine armor, modeled by our handsome friend Edér: 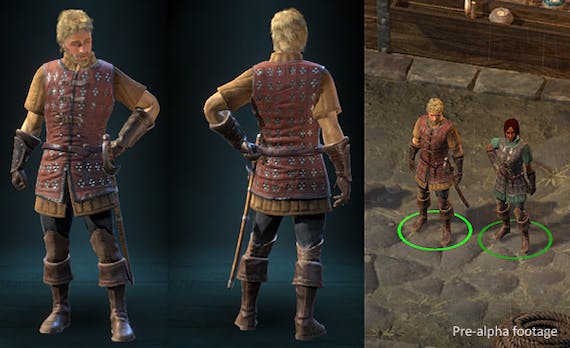 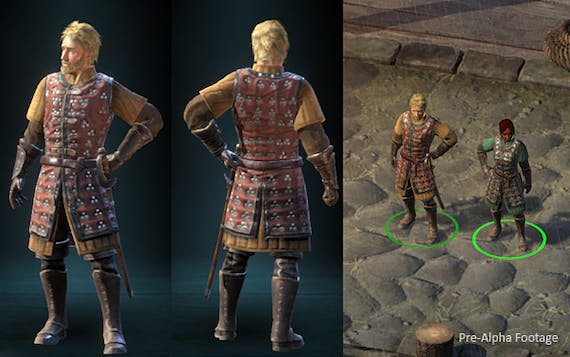 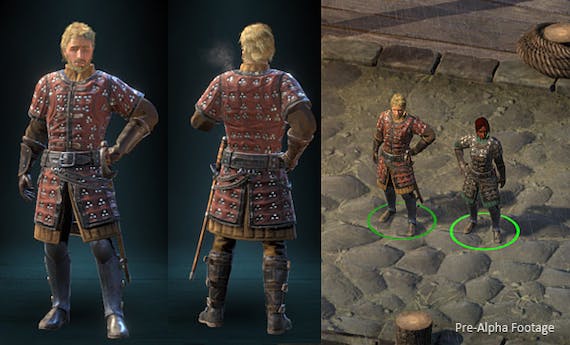 The narrative designers are working on faction questlines for this milestone, and are ensuring that we provide a level of detail in quests that gives more insight into the culture and personality of each faction. Our writers are also working on dialogues for quests and further developing the history of factions.

Programming is focused on a variety of functionality for this milestone. Firstly, they are identifying key areas that can cause longer load times and fixing these so they no longer interfere. Load times have already been decreased by a great deal, and optimization will continue as we progress with development. Second, the programmers are continuing to add support for status effects and abilities. Lastly, a few systems have been refactored to allow improved functionality for animal companions and primary attacks.

VFX is continuing to work on effects passes for areas and making our levels even more beautiful than before. Glowing lights, particles, and objects swaying in the wind make a huge difference for an area. We can't wait to show you the comparison between Pillars II and the first Pillars. In addition to areas, ability VFX are looking pretty great. We'll share some of these with you in a later update.

Audio is working on adding sounds to maps. A typical audio pass for an area includes placing ambiances and emitters for the general atmosphere of the area, painting footstep maps, and ensuring that audio is implemented for doors, containers, and traps. Whether a map is supposed to feel ominous, peaceful, or anything in-between, these audio passes really bring life to an area and convey emotions that an otherwise silent area could not do.

We are making good progress on a lot of features, and still have a lot to go! The game is looking beautiful, and we're all very excited about the main story. We can't wait to share more of our progress with you. As we progress into Alpha and eventually Beta, we will release more 'State of the Project' posts like these to keep you informed of what we're working on. Is there a department you want to see more of? Let us know over on our Fig campaign page!