What is Lords of the Eastern Reach?

Lords of the Eastern Reach is a strategic card game of adventure and empire building based on the Pillars of Eternity video game from Obsidian Entertainment. You must protect and build a city. Hire heroes and troops for defense or to delve into dangerous dungeons for loot and glory. Build towers, strongholds, and other buildings to gain the advantage and go for the win. 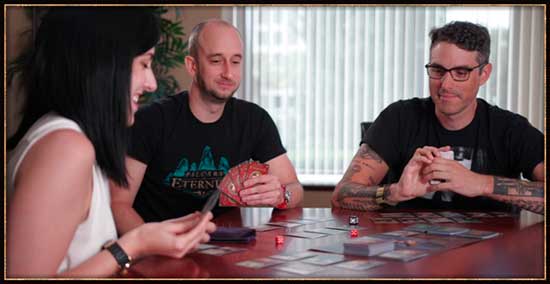 Lords of the Eastern Reach is for 1-4 players and takes about 20-30 minutes per player. This is an Officially Licensed game designed by veteran game designers Chris Taylor (Lead Designer of the much loved Fallout 1), and Scott Everts (Designer on many well known computer RPGs like Fallout 1&2, Fallout: New Vegas, and Planescape: Torment). The original video game development team was actively involved in its development. It includes everything you need to play, including rules for solitaire play.

Start with an Allegiance Card

Players start with an allegiance card based on one of six areas from the Eastern Reach. Each allegiance has a unique ability, balanced by limits on food and buildings.

Send in the Army!

Turns are very interactive with all players able to build and hire. First, the active player may send his army into the dungeon or to attack another player’s city.

After combat, that player draws resource tokens from the bag and is the first to build/hire. If there are any remaining resources, they are passed around the table, giving each other player an opportunity to build/hire in order. 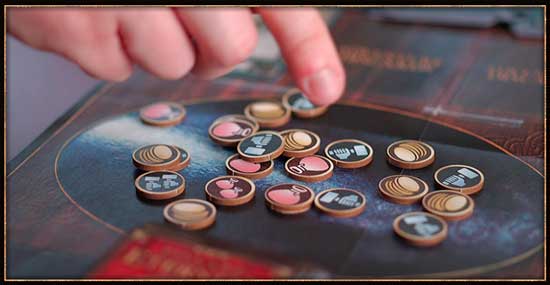 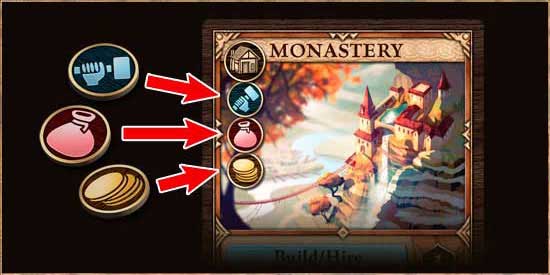 Build Your City and Hire Your Defenders

Resources are used to build cards and hire troops and heroes. Buildings may give you more resources or let you manipulate them to maximize the number of cards you can play.

Discard and Draw, then Face the Event Die

Finally, the active player may discard cards from their hand and all players draw back up to their hand limit. When the last player finishes their turn, an event die is rolled that usually causes a little bit of chaos and destruction. 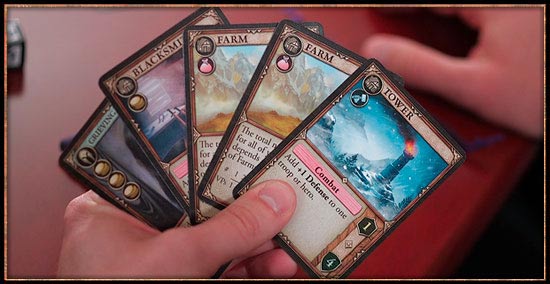 The game ends when the deck of city cards is emptied. At the end of the round, players tally their scores to find the victor!